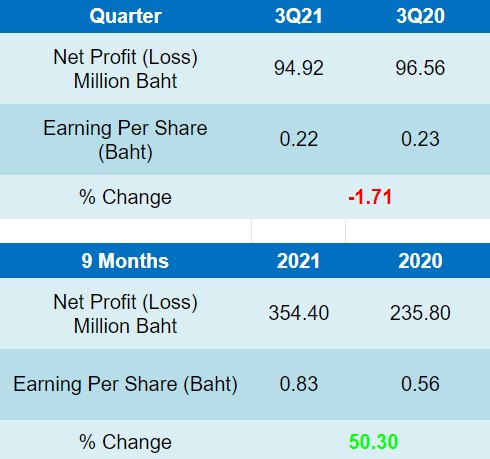 Due to the COVID-19 outbreak situation along with the shortages of cargo containers, XO was unable to ship the products according to the customers’ orders, resulting in total revenue from sales decreased by 1.05% or Baht 3.63 million to Baht 341.90 million when compared with the same period in 2020.

The total revenue from sales during 9M21 was recorded at Baht 1,149.84 million which resulted in an increase of Baht 192.50 million or 20.11%. Such an increase stemmed from higher numbers of retail stores that managed to sell the company’s products.