Nevertheless, to accomplish this grand mission, a well-coordinated collaboration among pertaining parties is required, including both the government and private sectors. Currently, Thailand is emitting approximately 350 million tons of carbon dioxide equivalent per annum and has a plan to reduce emissions from the energy, transportation, and manufacturing sectors as well as making use of forestation for direct CO2 absorption. However, there remain tens of millions of tons of CO2 in excess that still need to be properly taken care of in order for the country to reach its decarbonization goals. In this regard, Carbon Capture and Storage (CCS) appears to be the only technology at present that can handle such a large amount of CO2 in a safe and effective manner.

Before delving into the details on CCS, it is worth noting that carbon dioxide or CO2 is not the villain in our story and by no means a foreign substance. CO2  is simply a chemical compound composed of carbon and oxygen atoms that we are familiar with. In fact, for every breath we take, we are exhaling CO2. However, it has been shown that excessive amounts of CO2 in the atmosphere can cause climate change and lead to negative impacts on the ecosystems and environment. Therefore, the burning question is how to keep the CO2 emissions in check and maintain the critical balance of atmospheric CO2 concentration to sustainably support the well-being of humanity and the environment.

To answer this question, we need to first ponder on the origin of these excess CO2 molecules in the atmosphere and their root cause. It turns out that they mostly stem from our routine energy consumption because we still mainly rely on fossil fuels that produce CO2 upon combustion. As we still need fossil-based energy to sustain our daily lives, we are left with an inevitable conundrum — how can we reduce CO2 emissions if we still need fossil-based energy? Adopting renewable energy is one of Thailand’s options to reduce our dependence upon fossil fuels. Nevertheless, it is crucial that we explore other alternatives during this energy transition period that may allow us to directly deal with CO2, prevent it from being released, and remove those that have previously been emitted in the past from the atmosphere. To this goal, CCS then represents a key technology that has been demonstrated in many countries to directly and effectively handle CO2 by means of permanent storage in the subsurface.

CCS represents a technology that aims to capture CO2 from industrial sources and stores it in a carefully selected underground geological formations. Its process involves three main steps: capturing CO2 at the source with solvents or through membrane technology; transporting it via pipeline, ship or truck; and permanently storing it in an onshore or offshore geological formation that prevents it from being released into the atmosphere. 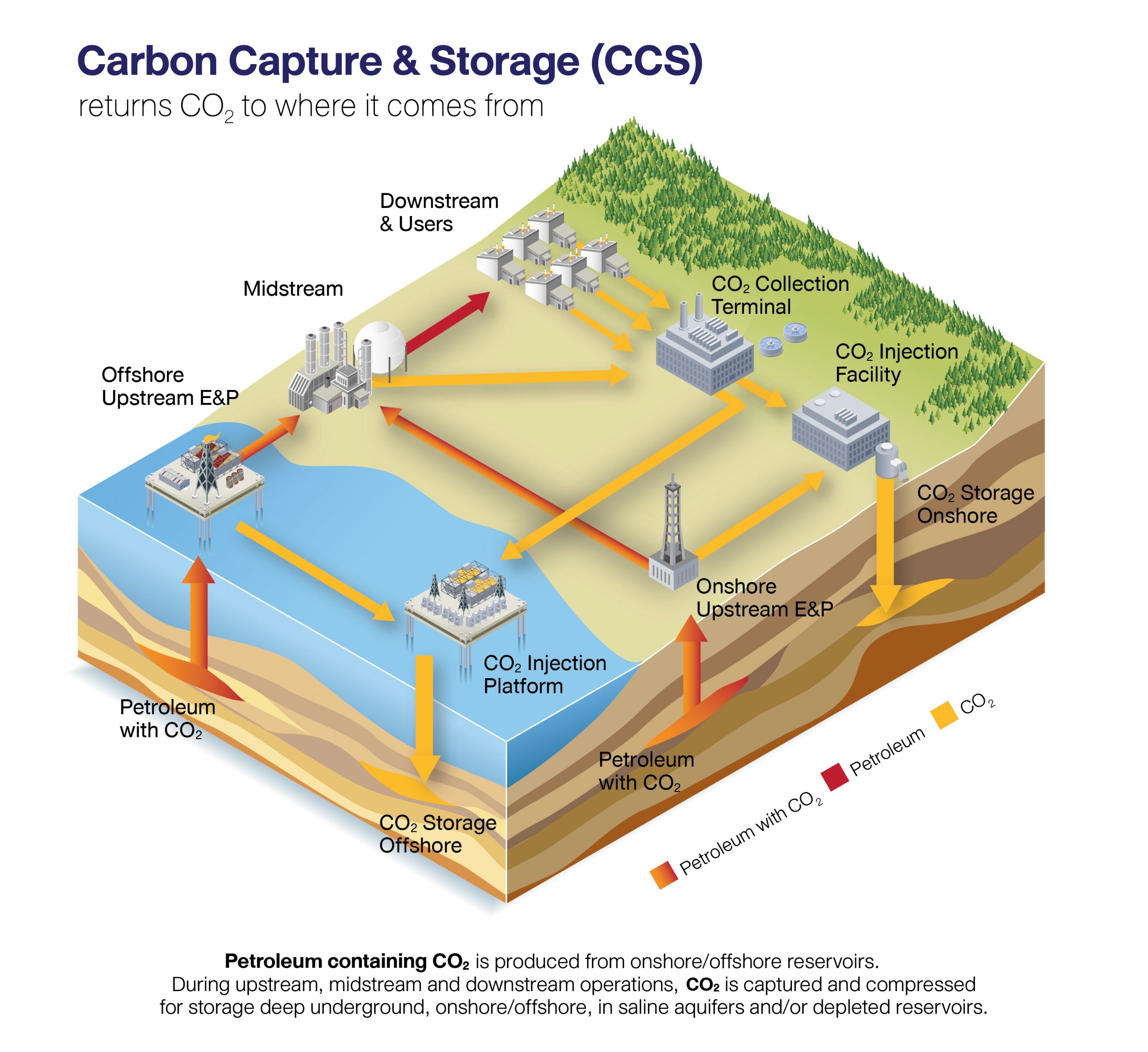 The sequestration process is especially important and requires comprehensive evaluation for a proper site identification and suitability evaluation. Generally, the suitability of a potential storage site is evaluated based on three different aspects including its storage capacity, geological conditions for containment, and injectivity. The site will also be monitored after CO2 injection for further verification and safety.

Figuratively speaking, CCS is the reverse of petroleum exploration and production process. Previously, we have only been focusing on exploring and producing fossil fuels that eventually generate CO2. However, with CCS, we are now returning the CO2 to the geological formations where fossil fuels were discovered in the first place. With this notion in mind, the accumulated experience, expertise, and specific tools from upstream petroleum business are therefore applicable and can be straightforwardly utilized in CCS studies.

According to the Global CCS Institute,  more than 50 CCS projects are being implemented across the globe and over 120 projects are under study or in development phase. These projects are mostly located in the United States, United Kingdom, Norway, Netherlands, and Asia-Pacific region including Australia, Japan, Malaysia, and Indonesia.

One of the most notable large-scale CCS projects that is worth mentioning is the Northern Lights project in Norway, which will commence operation in 2024. In the first phase, Northern Lights aims to capture and store approximately 1.5 million tons of CO2 per annum, equivalent to effective forestation on hundreds of thousands of rai. The project has earned support from the Norwegian government that aims to capitalize the significant domestic storage potential thanks to the suitable geological conditions of the North Sea, which holds one of the world’s largest petroleum reserves. Upon its successful deployment, the Northern Light project will become a frontrunner in CCS that will support emission reduction of both Norway and partners in other European countries. 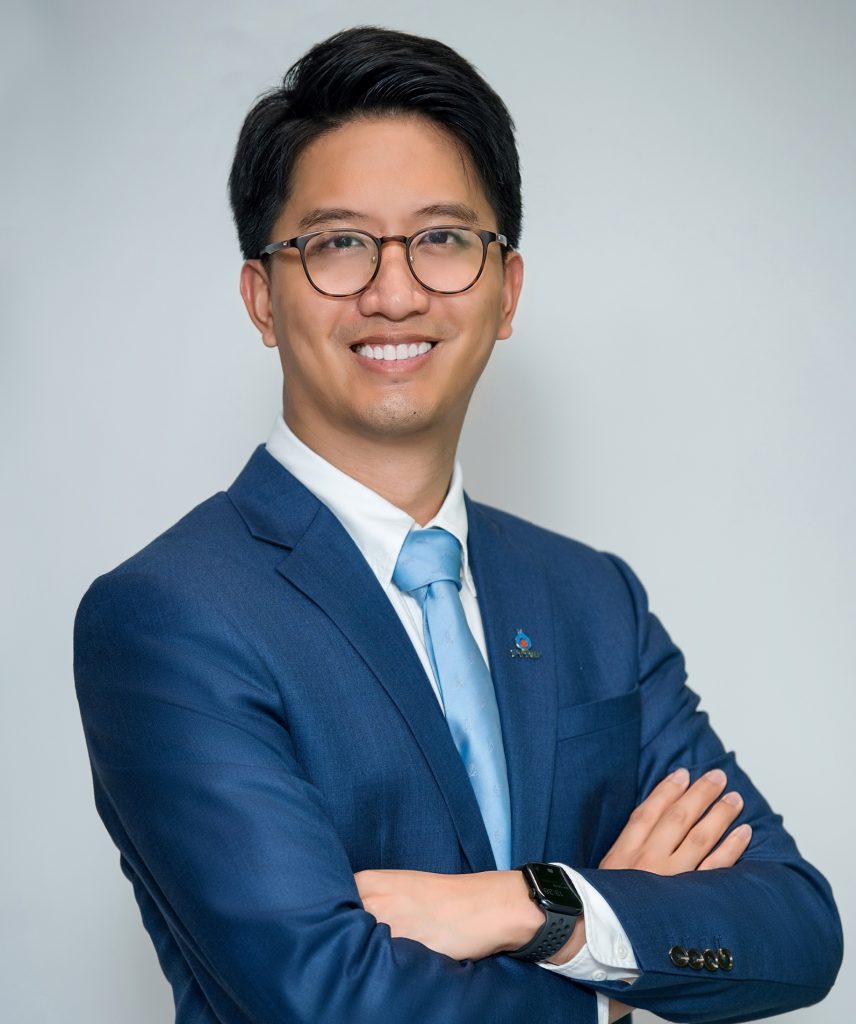 In the context of Thailand, the first CCS project was initiated at the Arthit field, an offshore gas field in the Gulf of Thailand operated by PTT Exploration and Production Public Company Limited (PTTEP). For this project, PTTEP plans to inject CO2, the by-product of an offshore gas improvement process, in carefully selected geological formations for permanent storage. This implies that CO2 emissions from upstream petroleum activities will be tackled at the source, leading to a cleaner energy production process for the country. Meanwhile, the project will help prove the feasibility of carbon storage in the Gulf of Thailand and provide an assurance in support of other future CCS projects that will be needed to achieve the national decarbonization goal. The technical feasibility study of the Arthit CCS project has been completed and its pre-FEED study is currently underway. It is anticipated  that the CCS operation will commence in 2026 and will lead to approximately 700,000 – 1,000,000 tons of CO2 per year of effective emission reduction from the domestic petroleum production process.

Lastly, it is important to highlight that CCS is new to Thailand. To ensure its success, there are multiple success factors that need to be considered beyond its technical feasibility including policy and legal support as well as investment incentives. Hence, support from the government and relevant organizations will play a crucial role in materializing domestic CCS projects and supporting Thailand on its decarbonization journey.