China factory activity one of the biometer for the Chinese economic health expanded at its fasted in four months in October. The gauge increased supported by stronger demand despite the manufacturing sector being weighed by power shortages and bottlenecked supply chain.

Caixin/Markit Manufacturing Purchasing Manager’s Index (PMI) rose to 50.6 in October marking its highest reading since June. Reuters pool forecasted it to remain unchanged in September at 50.0. 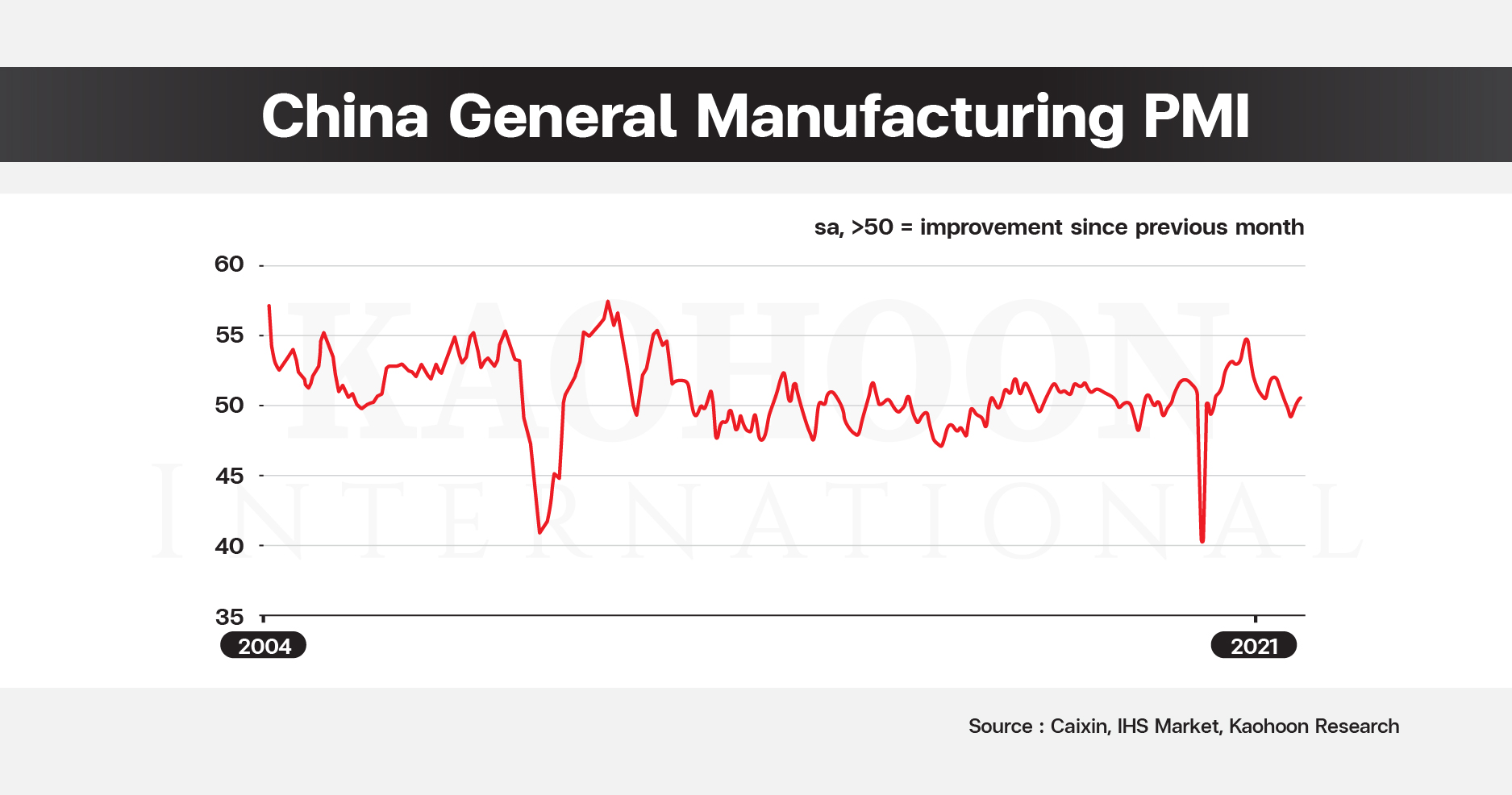 The increase is led by strong domestic demand recovery at a faster pace than in September. Export orders on the other hand dropped for the third month in a row.

The official survey released on Sunday however reported PMI contracting to 49.2.

Given systematic constrains in the Chinese manufacturing sector, Chinese government earlier extended support to the manufacturing industry by deferring some taxes for three months starting November.

In PMI report however warned Chinese economy could see further disruptions with current observation of fresh new COVID-19 outbreak in many central and western regions in the country.