The Gold and the dollar index throughout history has been seen as alternative safe asset. Given the nature of trading preference, prices of gold and dollar if not always majority of the time had an inverse relationship.

Gold prices however moves in the same direction during times when there is crisis in some country or region and investors flock to safer assets.

While U.S. dollar has been driven by economic prospects, monetary policy and inflation in the U.S. compared to other countries. One can argue the main drivers of gold are mainly U.S. dollar itself and interest rates. Higher interest rate raises opportunity cost of holding gold which bear no interest.

Looking at the movement of both the assets in November, over the short time line both maintained a modest inverse relationship. A closer look on November 23 when Jerome Powell was nominated for the second term although the dollar was stable, the gold inched down. A stronger dollar was driven by market expectation on rates hike after Powell’s nomination. 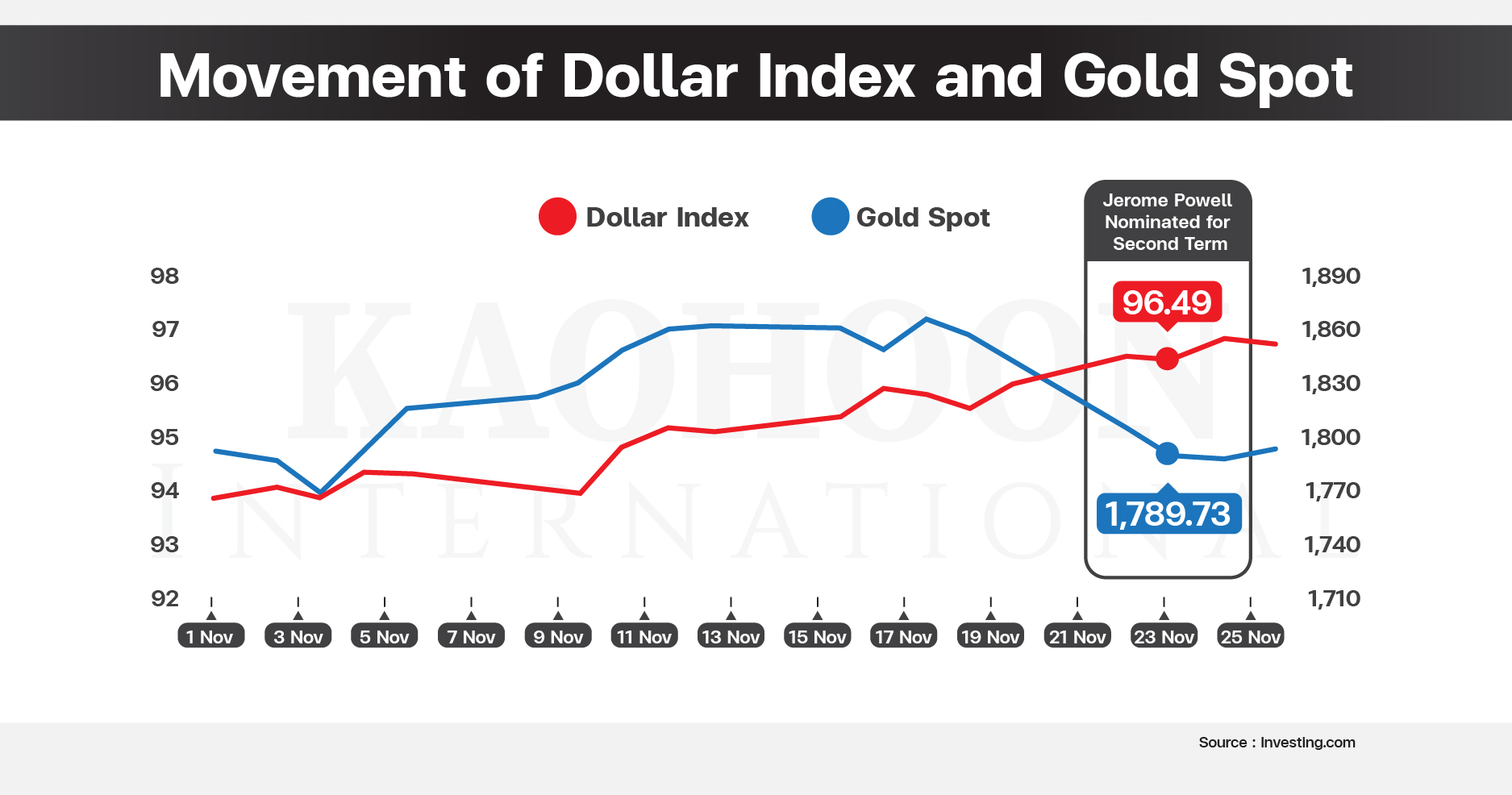 However, gold is down by 4.5% from last week’s five months high despite growing number of policy makers remains open to hike rates.

Market strategist believes the policy normalization would weigh negatively on gold in the short run. However, since interest rates are likely not be increases agressively there is limited room for volatility in the bullion’s price.