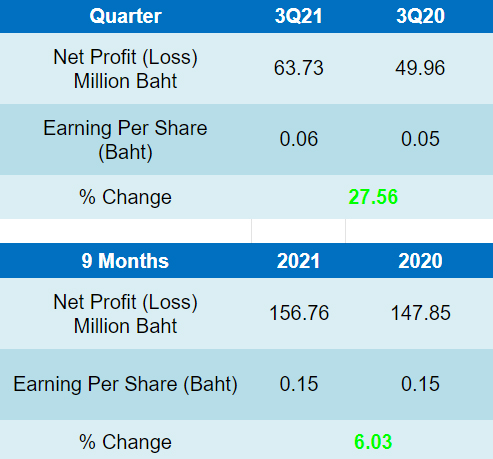 3.Service income from data center space service of Baht 19.99 million, 3.85%of total service income. It decreased because in the same period of prior year there was a customer who had postponed the extension of the service contract from the 2nd quarter to the 3rd quarter of 2020.