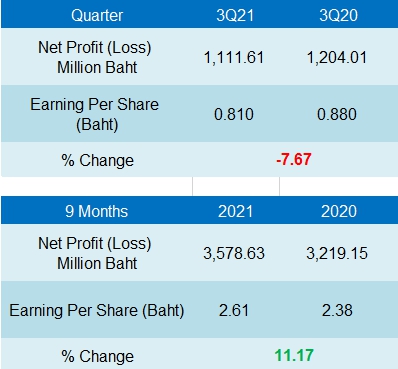 SAWAD stated that as at 31 March 2021, the company had been reclassified the investment in subsidiary (Fast Money Co., Ltd.) to the investment in associate. This represents a decrease in loan to customers from 42,266 million baht to 34,755 million baht because the consolidated financial statement excluded the loan to customers from the associate company.